Goal of the Export Interfaces

It allows the user to export a list of all the flows in an arKItect project, or in a particular variant, with some relevant attributes, producer/consumer functions, producer/consumer components and allocations to physical interfaces.
The flows that are produced and consumed by the same component will not be exported.
The following image from the view "5.1. Allocate Functions to Components" shows an example of a project's flows, produced and consumed by functions that are allocated to the system's components. 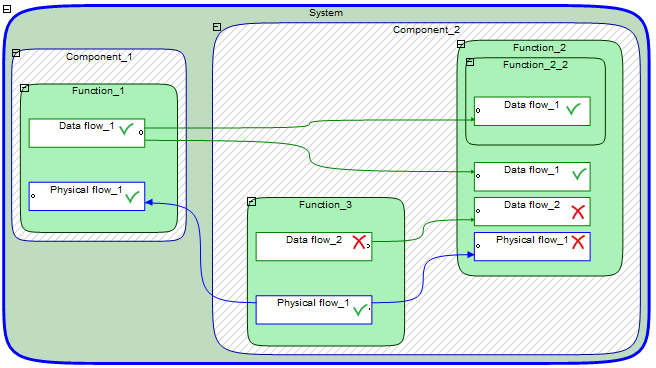 In the next image from the view "5.2. Allocate flows on interfaces" the example is continued, with the flow's allocations to physical interfaces.

The treeview from the view "5.2. Allocate flows on interfaces" allows to better understand the previous image. 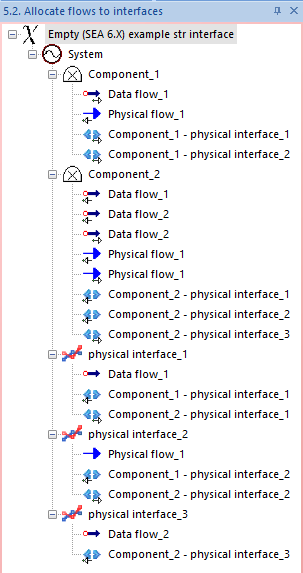 The result of running the script "STR_Interface" will constitute the Export Interfaces / ISR deliverable.
Go to the Process view. 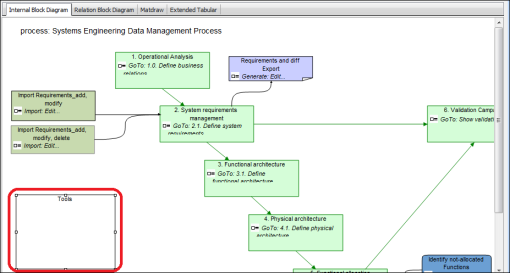 Once inside, find the Object DEA-ME and double click on it. 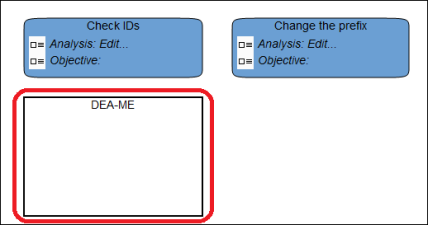 Find the script "STR_Interface"; then, right-click on it and click on run. 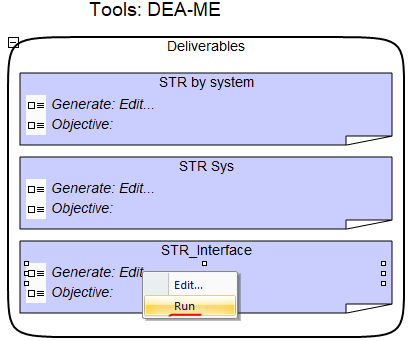 Two drop-list windows will appear, asking you to select the desired DEAME system and the top level component. 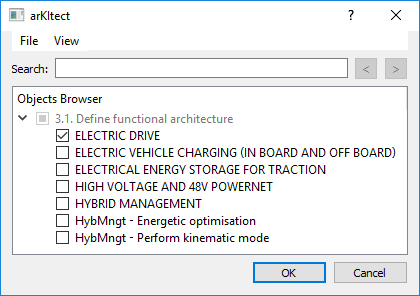 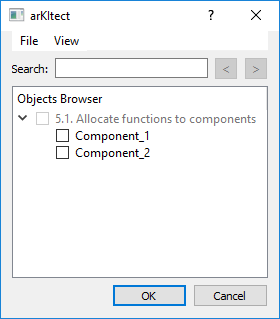 The script will exported all flows produced and consumed by functions of the selected system allocated to the selected component.

The desired Excel file will be automatically exported.

NOTE: for each drop-list window, you can either select ONE object or NONE and validate by clicking "OK". If none object is selected, the export will consider all objects to be treated (for example: if you don't select a component and click on "ok", the generated document will contain all top level component).

Description of the Result

In the 2 STR Interface consumer or producer, the exported flow's attributes include:

Note: At the moment some actors save the ISR information in the attribute "Alias in system" of flow itself and some others save it in attribute "desc" of consumer function. In both cases. ISR are exported in this deliverable.

The expected results will look similar to this table:

Note: You may see the same flow appear several times in the exported list. This will happen only for the flows that have different consumer and producer functions and/or components. The following screen capture shows how the result looks like in a real project: 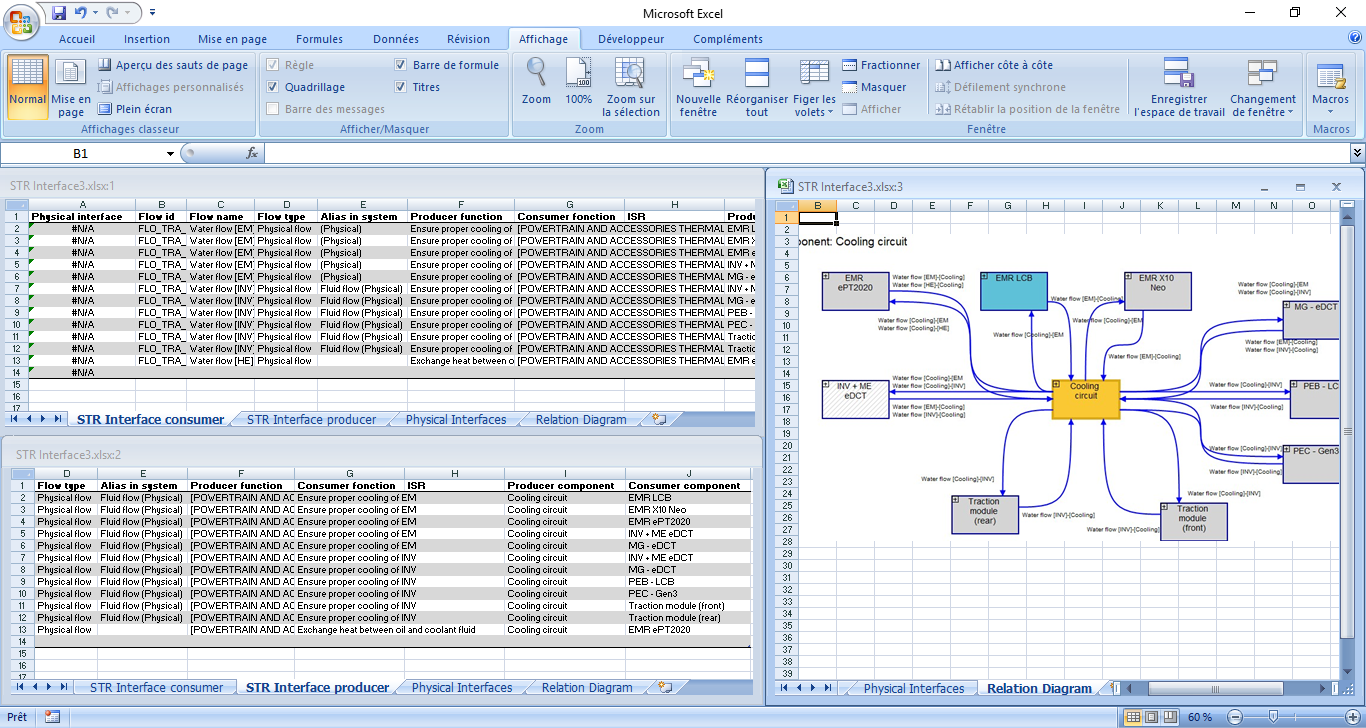