Interface between Enabling systems and system

We will now have to link the physical interfaces with concerned objects drawing physical relations. An object physically linked with an other are, as we said, linked by physical interfaces (cables, ducts...). Sometimes, the object connector is really important so we have to model this connector. In , we use the type link area to model such connectors. In our example, connectors will be:

To create those link areas, you can enter the parent object ("Office" and "LapTop") and create link areas there, or drag-and-drop from the palette a link area object directly on it. We now create a link area in "Office" we call "Electrical wall plug" and an other in our system "Laptop" we call "Supplying port".

and select the two objects two link, here the link areas. Using the expand feature, you are able to see them in them parents and so to draw the link. 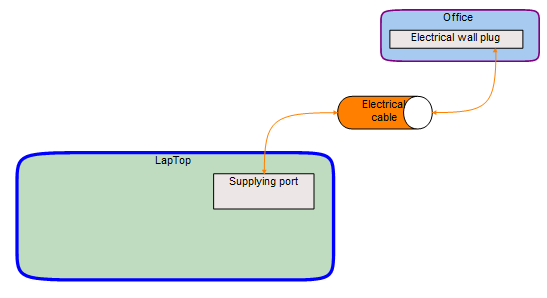 As we modeled functional relations between several external elements, we will model the physical relations between the same elements. In our example, we draw a flow "220 V supply" between the "Office" and the "LapTop". We also defined a flow "220 V" between "Office" and "Screen". So we will also model a physical interface we will call "Electrical cable 2" between those two enabling systems. As for the precedent we model, we will link it to link areas we create in connected elements. So we will create a link area called "Electrical wall plug 2" in the enabling system "Office" and another called "Screen supplying port" in the enabling system "Screen". We finally create physical relations flows between each of this link areas and the physical interface "Electrical cable 2". 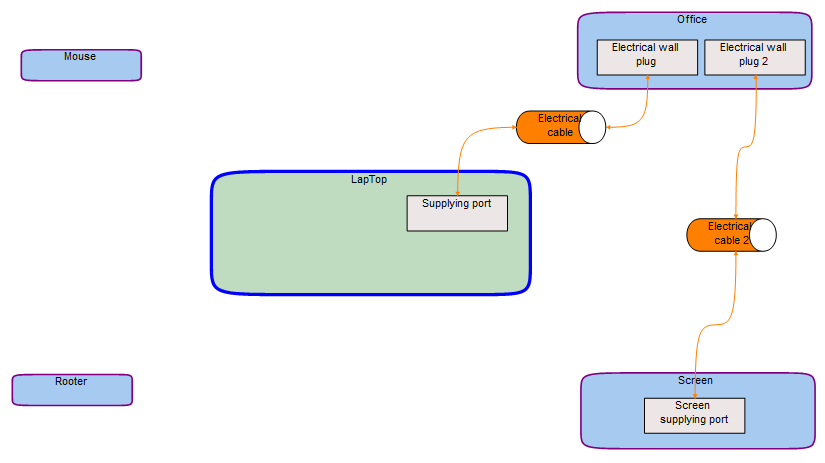 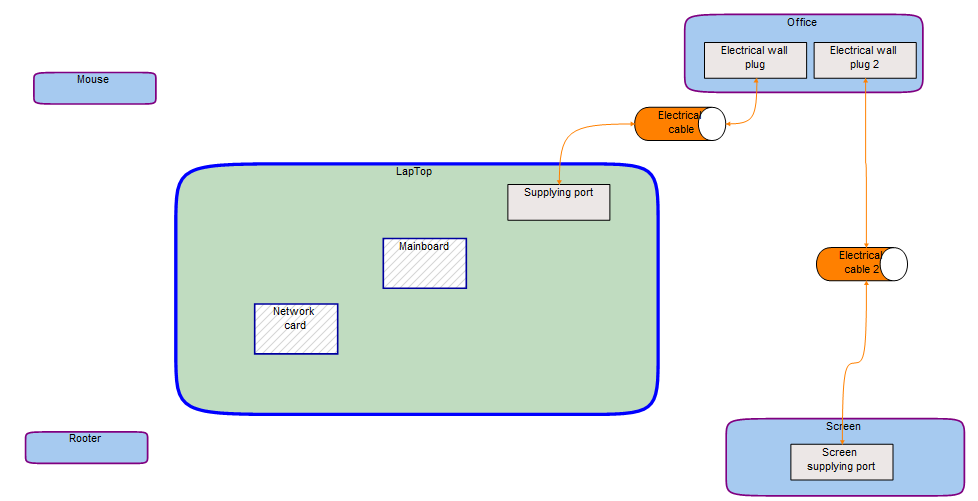 Some internal components (components) will be connected directly with external elements. To illustrate, we will create an ethernet relation between the "Rooter" and the "Network card". On this purpose, we will create a physical interface out of the system called "Ethernet cable". Then, we create two link areas, "Rooter ethernet port" in the "Rooter" and "LapTop ethernet port" in the component "Network card". We finally draw physical relations between the two link areas and the created physical interface. 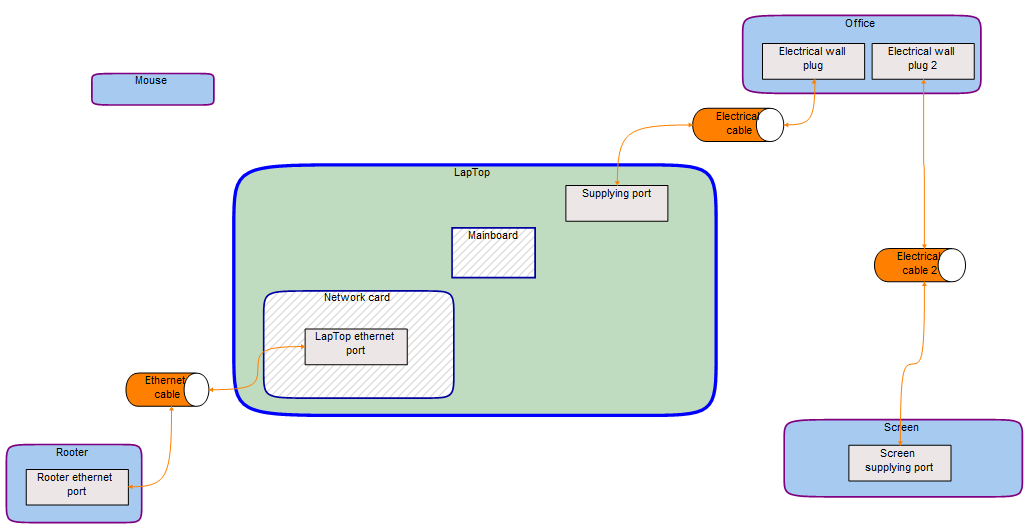