To define the functions and flows, the first thing to do is to design the system's inputs / outputs. Those are showed in by links (flow type) between the system and its enabling systems.

To start, we complete our example with three additional enabling systems. We now have the following enabling systems : "Mouse", "Office", "Screen", "Rooter". We will define links between this environment and the system. Those links can be a physical connection (mechanical, electrical...) or a data exchange. This two connections will be shown by different flow types in , data flow and physical flow. 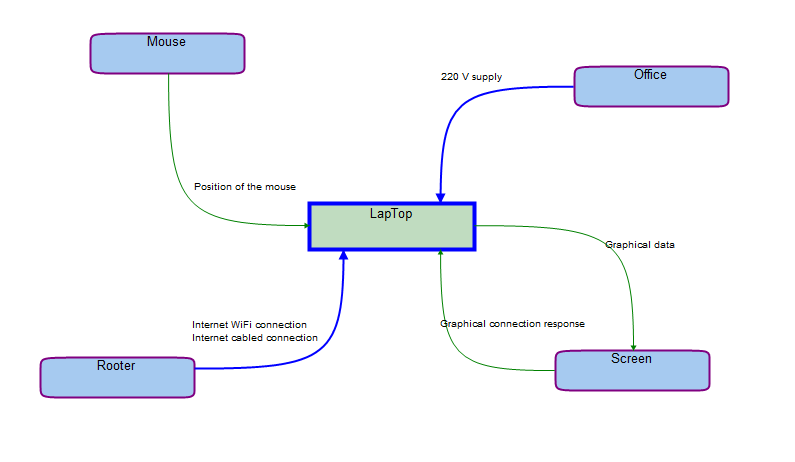 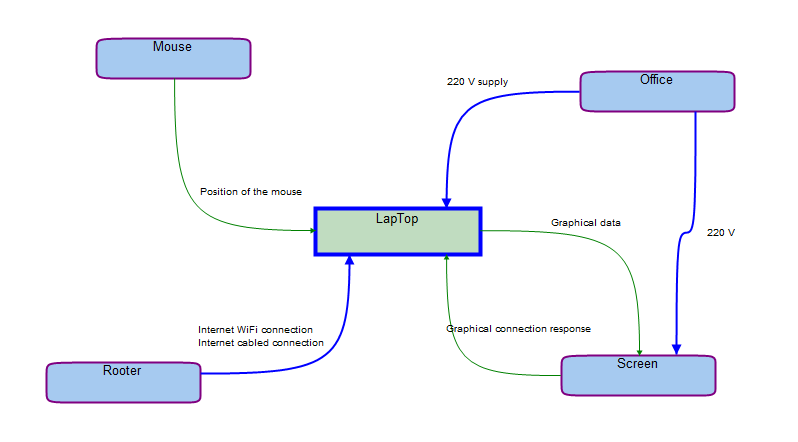 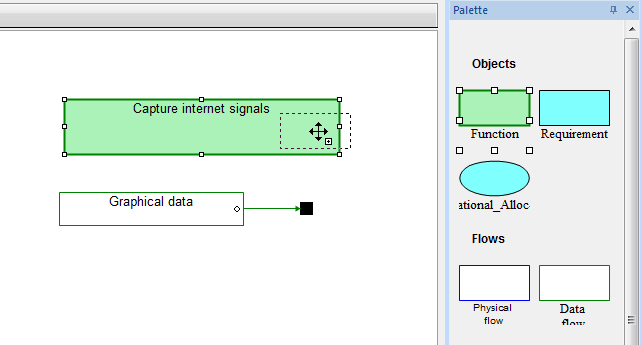 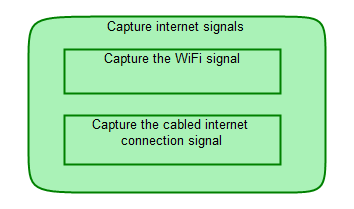 In this view (in the system) we will find all the functions we created in the precedent view. We will allocate requirements in functions. In , to do this allocation, we place requirements as children functions. To add a requirement into the concerned function, right click on it and choose the Add existing object feature. Then will propose a list of object types, choose the type of object you want to add, in this case, a requirement. 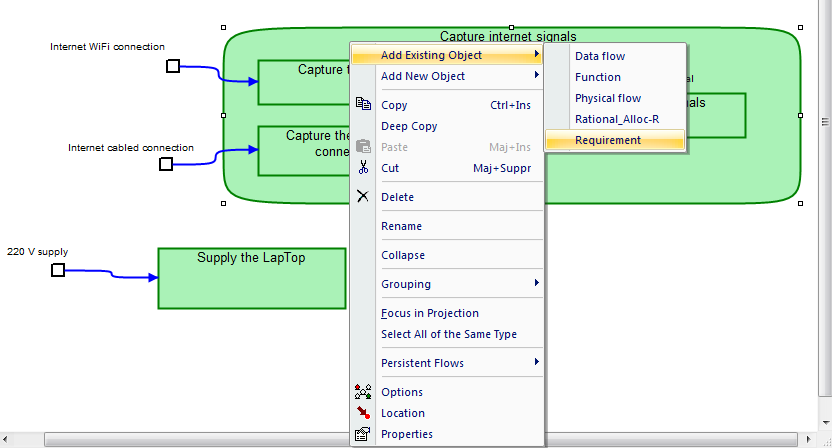