On this purpose, we work in the view "3.1 Define functional architecture". We can access this view through a drop-down list in the main toolbar (see figure 1).

The system and enabling systems that are created in view 1 or view 2, can be seen in the view 3 (see figure 2). 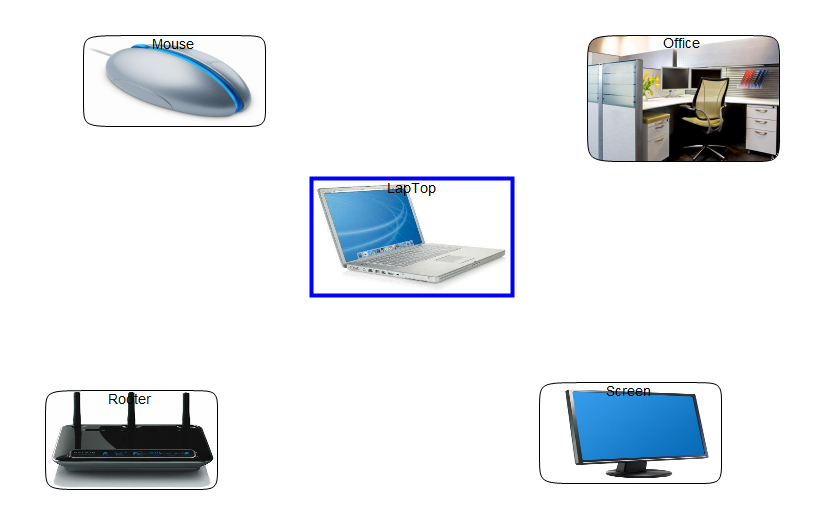 1. You can use the palette (see figure 3). Drag and drop a Data or a Physical Flow from the palette on a selected object. A pop-up window opens asking you to "Enter object name". Then, a flow appears. This flow comes out of the Object (producer): its beginning is on the Object and its end is, for instance, an interrogation mark. You can now right-click on its end and put it on a second object to which the flow enters (consumer).

2. Right-click on an object (an Enabling System for example) and then, select "Add new Object" to select (see figure 4). A pop-up window opens to "Enter object name". Then, you can put the flow on its consumer object by right-clicking on the end of the flow.

Figure 6. Pop-up window to determine the type of the new Flow

Once you have selected the type, a new window appears asking for the flow name. Enter the desired name, in our case "Position of the mouse" (see figure 7).

Figure 7. Pop-up window to give a name to the new Flow

After validating, it creates the flow between the concerned objects. Figure 8 shows the result in the case of our example.

You can use one of these methods to create all external flows. To complete our example, we define some other flows (see figure 9):

Once we defined the external functional exchanges, we can define the system's functions and internal flows. On this purpose, we will enter the system by double-clicking on it. You will see all inputs and outputs we defined before (incoming or outgoing Data flows and Physical flows (see figure 10). 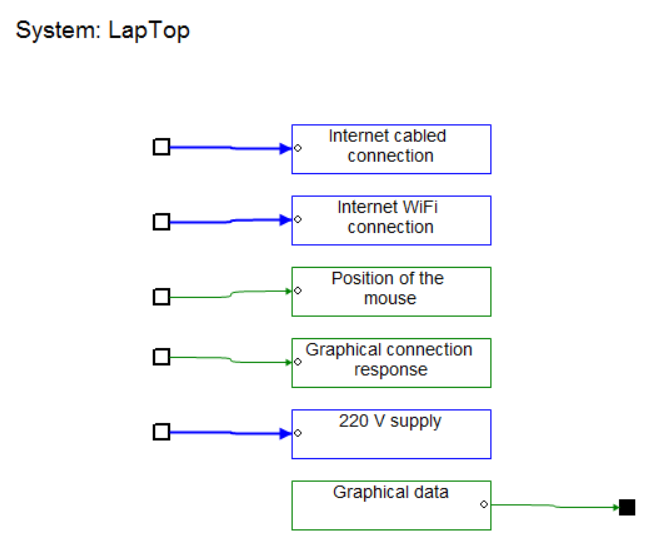 In our example, we define a function called "Capture Internet signals" (see figure 11).

To move objects (flows or other objects) you can right-click and drag and drop. In our example, we move these two flows in the function (see figure 12).

Figure 12. Allocate Flows to a Function

You will then see flows as functions' inputs (see figure 13).

Figure 13. Result of drag and drop of the Flows in the Function 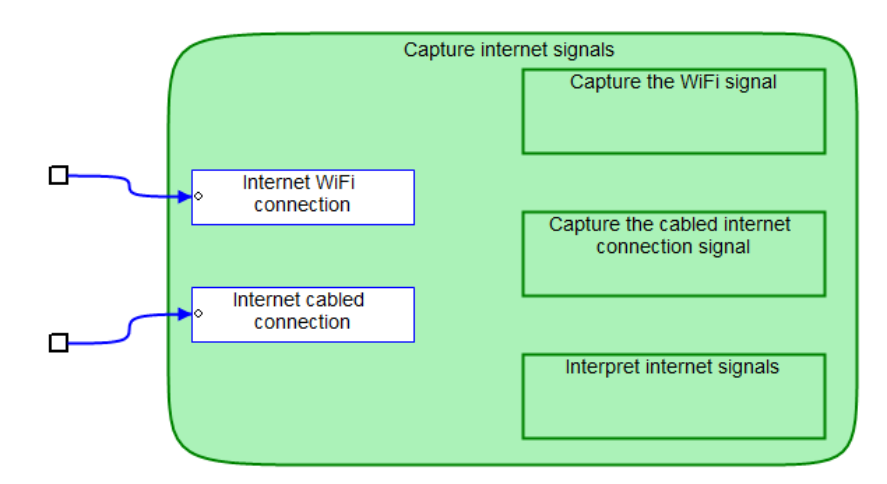 Figure 17 shows the results after adding all of these functions and allocate the external and data flows to them.

In functional views, objects have some attributes you can fill (objects' attributes are displayed in the table of properties).

Table 1 of properties of functions contains the following attributes:

Table 1. Table of Attributes of Functions

Table 2 of properties of flows contains:

Table 3 of properties of flows contains:

Figure 18 shows the tabular view of the view 3.1. which is accessible through the button Project Tools in the main toolbar:

Figure 18. Tabular View of the View 3.1. in Project Tools

When we click on "Define Functions and Flows", a table appears (see table 4) with two sheets wherein you can define 1) Functions and 2) Flows.

Using the last one (Append Line) you can add a new row to create a new Function/Flow (see figure 19). 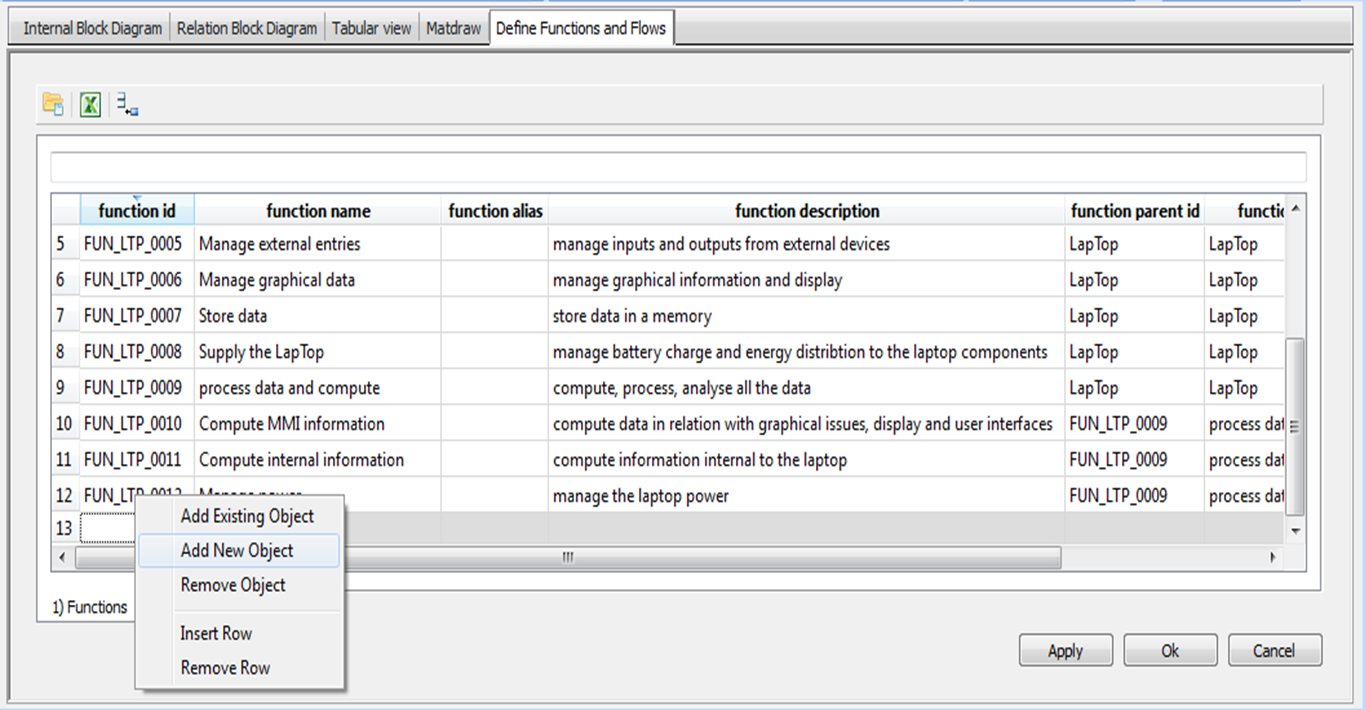 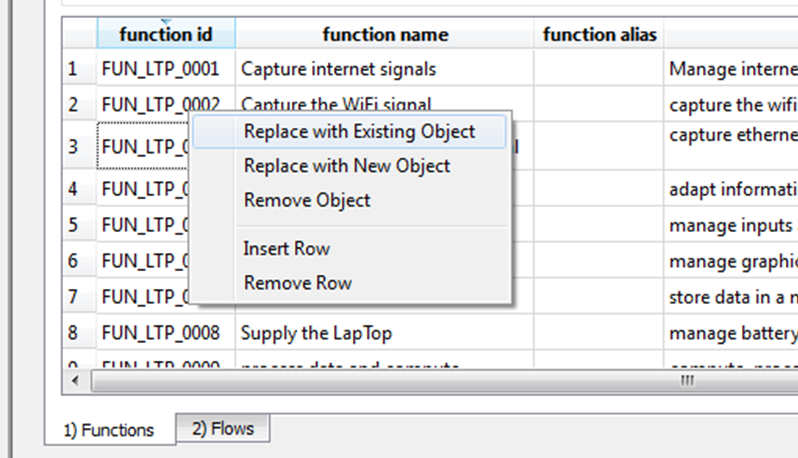 Figure 20. Modify the Content of the table in Tabular view 3.1