You can download this documentation and the tutorial in pdf format.

This tutorial is an introduction to Designer.

You will see how to edit a data model from scratch, define views, define operations on data using key features including:

A key feature of   Designer is that you can at the same time edit a data model and play with it by building examples without compiling or performing any action.

Last but not least, as you will see following this tutorial, you don't need to be a programmer or a computer scientist in order to use Designer. It's language is very closed to set theory and is rather intuitive. It does not require skills in computing and programming languages, except if you want to develop a python layer, but even then we believe it will not be complex to start writing simple functions.

Once your data model is defined, you benefit from all arKItect features for your data set: 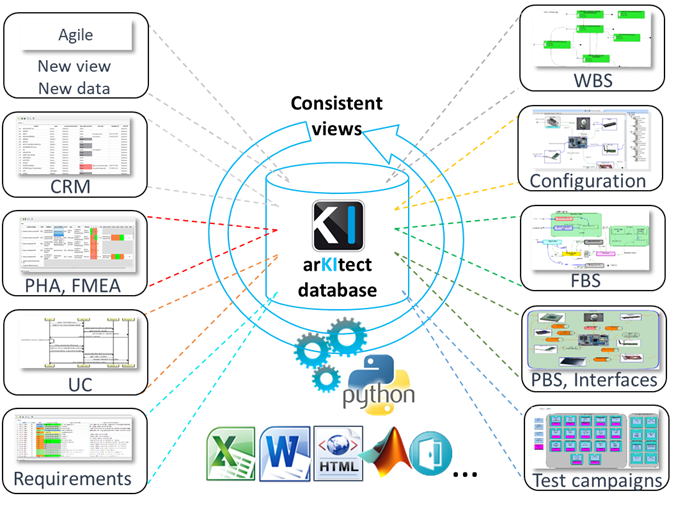