To run a script, there are some prerequisites:

Creation of your first script

Now you can create and run your first script.

To get started, we can try to run a "Hello world" program: 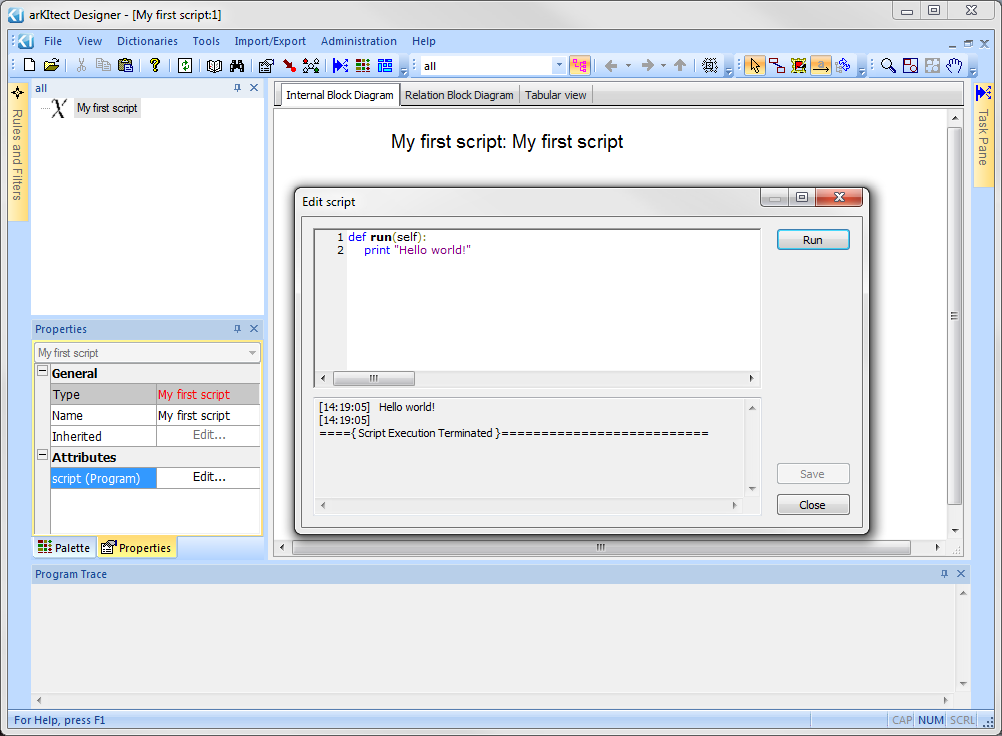 It is important to know that all the code you write must be in a function with a parameter self (the function can be named as you want). The value of self represents a reference to the object where this script is run (near the root object in view all).

A script to create a simple meta-model 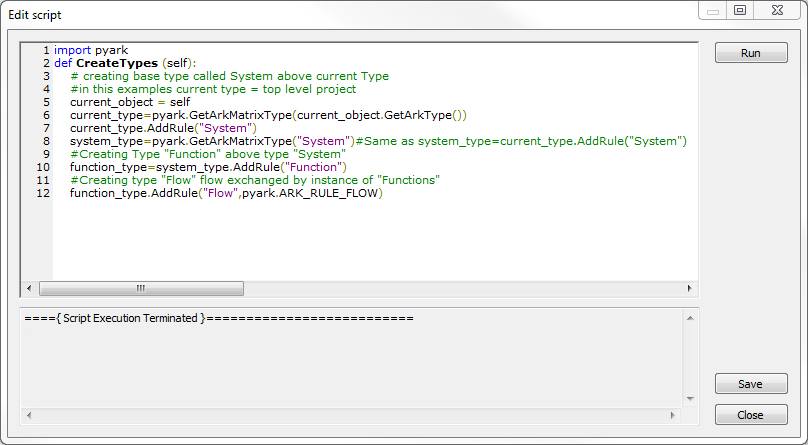 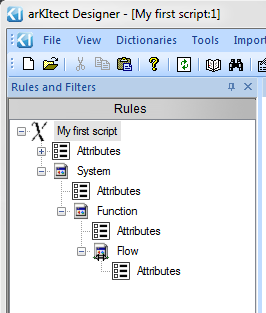 Add attributes to a given type

We can see that the attributes have been created by a script. 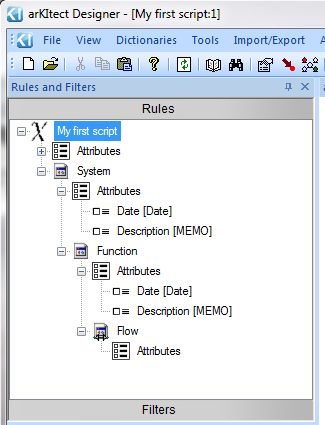 Change the properties of a given type

The roperties have been changed. 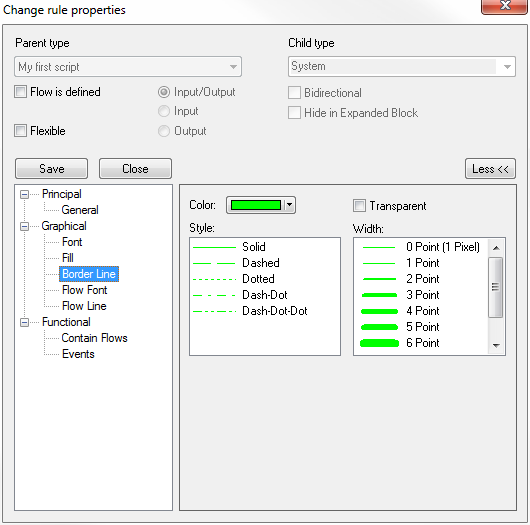 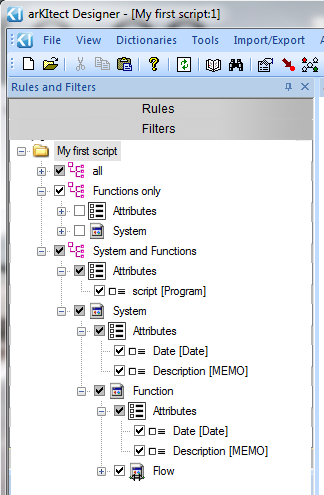 In the filter Functions, no rules are checked, so we need check the rule Function in this filter. 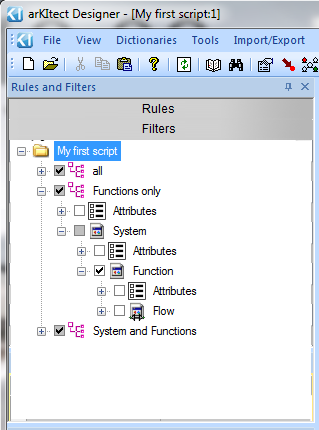 Add data in the project

We will try to add some data to check if our meta-model works fine. 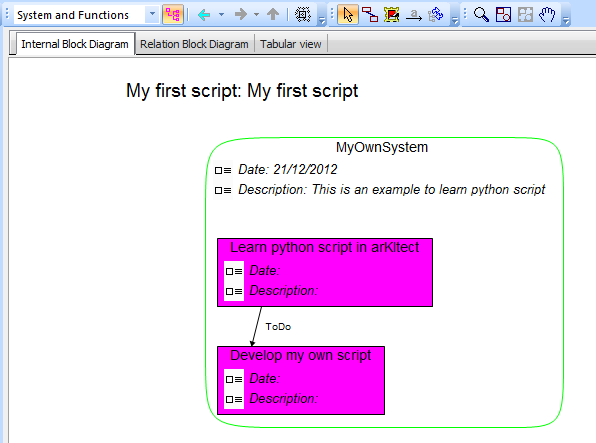 Do the same actions in only one script

You can write all previous scripts in only one script: