Program attributes are a very powerful tool. The value of a program attribute can be set to a script written in Python; this can be very useful to automatize various tasks specific to a project.

Developers will be able to run or edit the programs. You probably do not want to let any user modify the script; it is necessary to possess some programming skills in order to safely modify it. Thus, we recommend you to use default and not modifiable values for a generic use.

A default value can be set by clicking on the Edit... button and writing the script in the appearing text field. Afterwards, you should Save the changes made in the default value of the script before quitting the Edit script window. 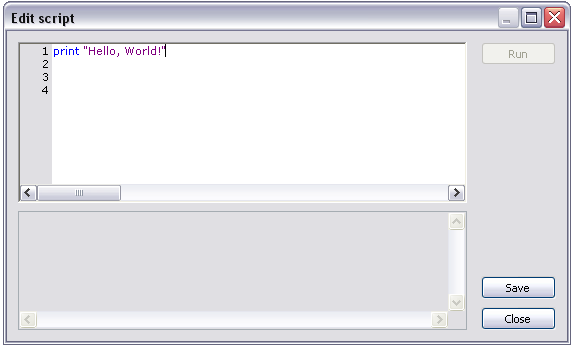 You can find more information on programs in the Scripting Documentation.

One example of a useful script that could be added to an project as a program attribute could be a script that calculates the number of descendants of a given object.