The Internal Block Diagram is a view of the objects of your project. It is always related to a projection and to the object that is the focus of the treeview. You can change the focus by navigation. 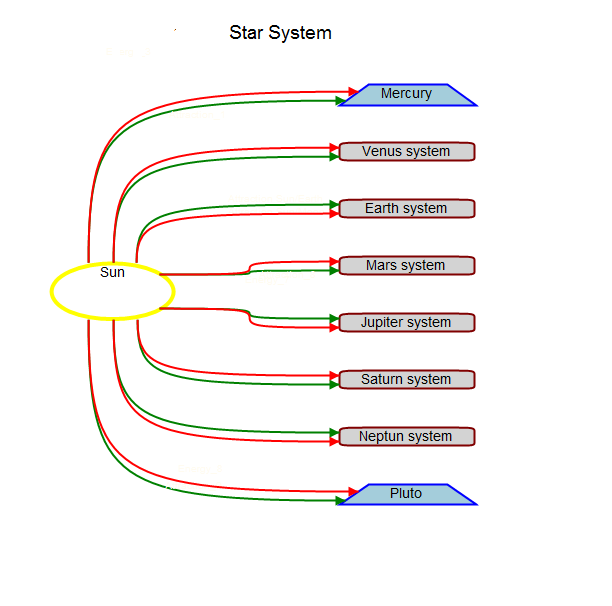 In this diagram, you can see the different first-level child objects of the Solar System. There is one star (the Sun), six planet systems and two planets (Mercury and Pluto). The graphical attributes (shape, color, etc.) are defined by the type of the object. You can also see flows between the objects. The red flows represent here heat flows and the green ones are attraction flows.

The next diagram is a view of the Earth System. The squares at the beginning of the flows symbolize incoming flow ports (see flows going to the Earth and to the Moon). It is important to note than the flows coming in from other systems are in this way represented graphically. 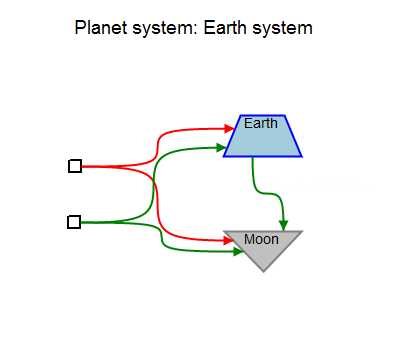 You do not have anything to do to maintain the coherency, this is done automatically by . Furthermore, you cannot break it.

The previous diagrams were only simple examples; many other things can be represented via the Internal Block Diagram. Here is an example with a more complex view. The stars (for instance the Sun) have attributes, the attraction flows have names, and the Earth System has been expanded. When an object is expanded, you can see inside the Internal Block Diagram of your focus system (the Solar System) the diagram of the child object (the Earth System). 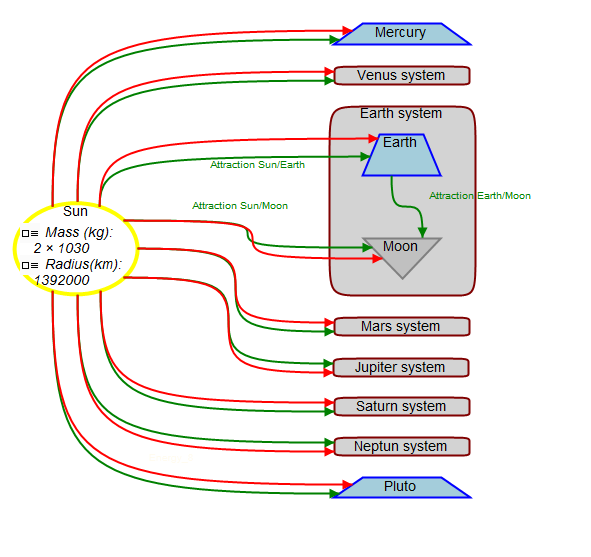