A GChain (Generic Chain) is a generic (usable in any arKItect view) type which is used to manage what we call “Chains” in arKItect.

For instance, in Systems Engineering, in order to model a complex system you need among others to design a functional architecture (a hierarchy of functions realized by the system and the flows they exchange). When the system is functionally “huge”, you could need to visualize/focus on/study separately one functionality (a subset of functions) at a time. GChain will help you to do that by choosing just some of the functions/flows you want to show and hiding those you do not.

1) Include Generic Chains into the metamodel: Run the script “Update matrix” : Tools Category -> Scripting Panel -> Common Tools -> Generic Chains -> Metamodel as illustrated below. (This operation has to be done only one time per metamodel).

If the script runs successfully, you’ll get the following confirmation message:

This action modifies project metamodel, creating one new rule and one filter with a sub-filter (To open metamodel panel: Tools Category -> Show / Hide Panel -> “Rules & Filters”). It additionally installs 2 new event handlers to the project root as summarized in the table below: 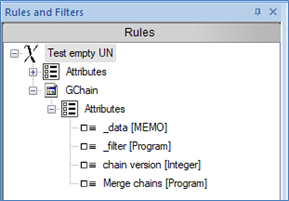 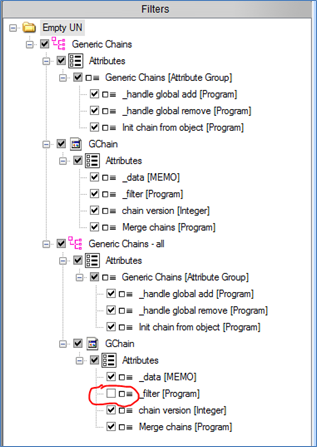 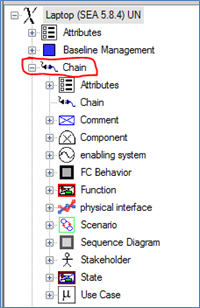 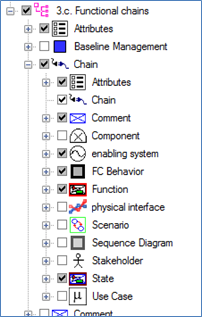 If you want to forbid eventual flows (“Data flow” and “Physical flow” for instance on the example picture below) under the GChain to cross  (visually in graphical views) through the GChain boundary, set the “Contain Links” property (Right click on the GChain in the filer -> Properties) of the GChain as illustrated: 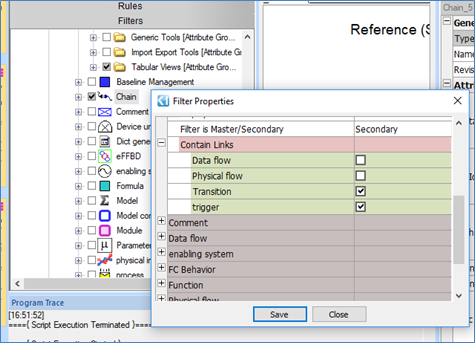 Let consider an existing rule (for example: named “Chain”) and exiting filters used to manage Chains. These are the steps to follow in order to “upgrade” it: 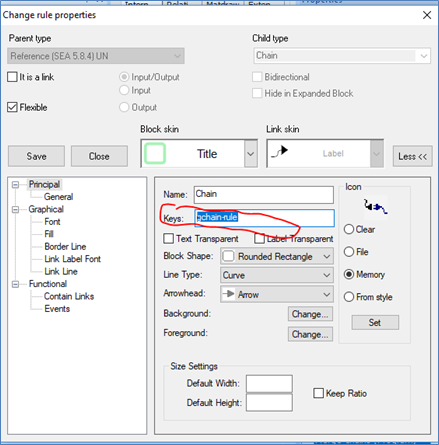