Internal Block Diagram of the sub-projection 6.2.

The purpose of this sub-projection is to define the Tests and allocate them to Requirements. Then, a VM can be allocated to a Test. The Figure 1 below shows a drop-down list, in the main toolbar, which gives access to the sub-projection 6.2.

In this sub-projection, the Requirements of sub-projection “2.1. Define requirements” are initially loaded. By a drag and drop of the Objects from the palette (see Figure 2) or adding existing ones inside the System, we can:

-          optionally (advanced users) create and allocate Observed and Stimuli signals to Tests in order to specified the Tests,

-          optionally  allocate VP flows, Data and Physical flows to the signals created before. 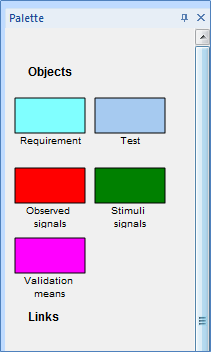 Figure 2: Palette of Objects in the sub-proj “6.2. Define Tests”

Similarly to the Validation Means, we can fill the tables of the properties for the Tests. Additionally to the common attributes (already discussed in sub-projection “6.1. Define Validation Means”) such as Name, desc, etc., there are specific other attributes for Tests. 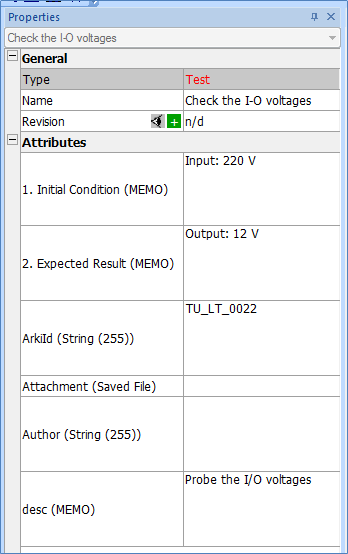 Figure 3: Properties table of a Test

Figure 4 shows an extract of the sub-projection “6.2. Define Tests” tree for the Laptop example. We can see the main Objects discussed before and the parent-child relations: 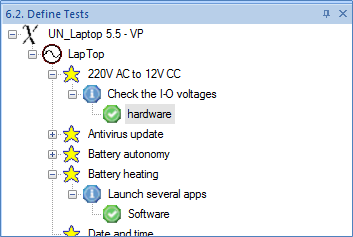 Tabular View of the sub-projection 6.2.

Figure 5 shows the actions in the Tabular View of the sub-projection 6.2.

In the table illustrated in Figure 6 below, you can define a Test from column “test id”, which is allocated to the Requirement indicated in the first column of the current line.

b.      Allocate Validation Means to Tests

This matrix (Figure 8) is used to match existing Tests on Requirements. The sign "X" in a cell means that the Requirement (line) and the Test (column) are matched, as shown on the screenshot below:

Comment: This table is another representation of information present in a. Define Tests with two main differences:

-          less attributes are displayed and the focus is more on the relationship between Tests and Requirements,