The functional allocation activity has two main objectives. The idea is to mix physical architecture with functional architecture. Using the LapTop example, here we will allocate functions to the laptop components and then flows to the physical interface.

In our example, the finals views will look like this :

- Allocate functions on components. Resulting in a physical architecture with flows exchange between components 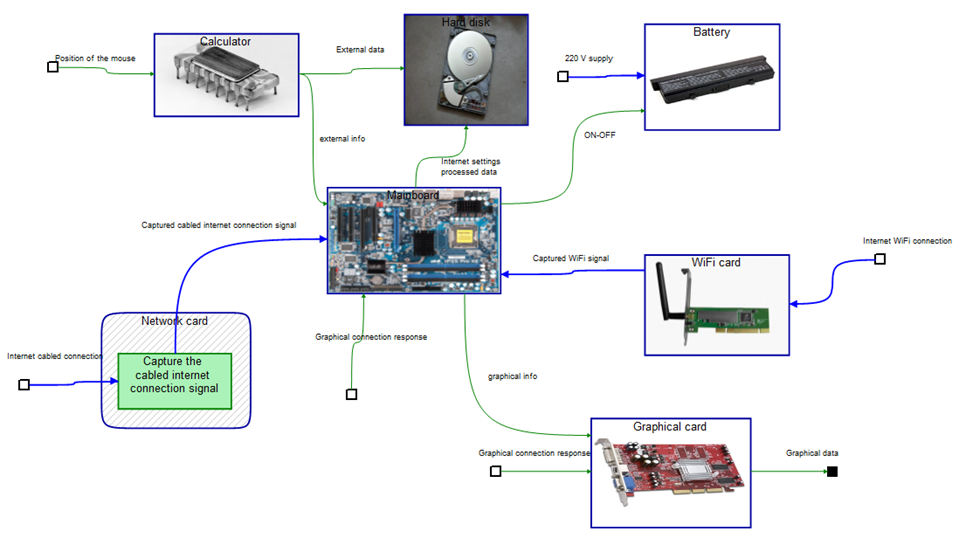 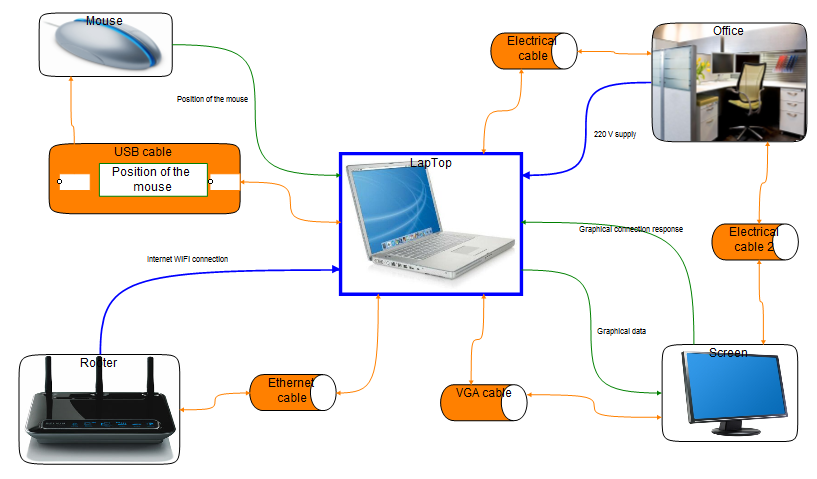 In the next sections, we'll explain the sub-views of the view 5 which allow to allocate Functions to Components and to allocate Flows to Interfaces. The points are explained in two parts: